New Year's greetings! We look forward to your goodwill in 2016.

The following is a beginning-of-the-year speech for 2016 given by President Yasuyuki Gotoh at the New Year celebration held this morning.

Happy New Year to everyone!

The weather was relatively warm and comfortable during the 6-day holiday break, and I hope everyone fared well.

I visited the local Sengen Shrine on New Year's Day to pray for the growth of our company's business, safety in our plants and so forth.

There is a well-known saying in Japan: "kurushii toki no kami danomi." I looked up the English equivalent of this saying in my electronic dictionary, which turned out to be "the danger past and God forgotten." The saying is literally translated to "when the danger passes, God is forgotten."

I interpret this translation to mean "it is important to always have a keen sense of awareness in all aspects of life and continuous devotion every day, otherwise God will not help us in time of need."

During the New Year's break, I read a few articles on the Internet about the founder of JNC, Shitagau Noguchi. Most of the contents of Shitagau Noguchi's achievements overlap with our company history, and so I will not introduce the details here, but as I read the articles from a different perspective, I became aware of a new fact. That is, Shitagau Noguchi was the first business person in the Chemistry business in Japan who "used patents in a business model." I believe there have been no articles organized and introduced from this point of view.

The time was spring of 1906 (39th year of Meiji) after the end of the Russo-Japanese war. Shitagau Noguchi was moved by the news that Siemens AG, where he was once employed, had succeeded in making nitrogen fertilizer by absorbing nitrogen in the air into carbide used as a raw material. Shitagau Noguchi immediately decided to buy the patent from Siemens, and visited Paris for licensing negotiations. Takashi Masuda of MITSUI & CO., LTD. and the representative of the Furukawa zaibatsu (financial clique), the future Prime Minister Takashi Hara had already entered negotiations. However, the holders of the patent rights Adolf Frank and Nikodem Caro were attracted by Noguchi's passion and wits, which resulted in the successful acquisition of licensing in Japan. According to our company history, construction of the nitrogen fertilizer plant using the calcium cyanamide manufacturing process according to the Frank-Caro process started in Minamata in 1908 (41st year of Meiji), which was at an amazing speed of only two years from his sudden idea.

The point of this story is that among many factors that contribute to business growth, the most important are the following 3 factors:

1. First is "ability to perceive business opportunities," or in other words, "ability to sense the trend." This is exemplified in the story about Shitagau Noguchi.

2. Second is "ability to take business opportunities and use existing resources, routines and knowledge in various applications and design them."

3. Third is "ability to rearrange and renovate existing resources and organizations in the company in order to establish a new competitive advantage."

I believe that these 3 abilities are necessary to accomplish the new middle-term management plan starting in the Fiscal Year 2016.

As partially described in the company newsletter "JNC SCRUM" distributed today, I would like to create a company-wide standard keyword based on these factors for accomplishing the middle-term management plan. Moreover, for the beginning of the New Year, I have mentioned a simple and essential "5 mental attitudes" in "JNC SCRUM" that I would like to request of every employee. Please confirm the details in the newsletter.

Challenging times for JNC Group will continue this year, so let us work together as a team to improve the corporate value of JNC Group and accomplish the new mid-term management plan. 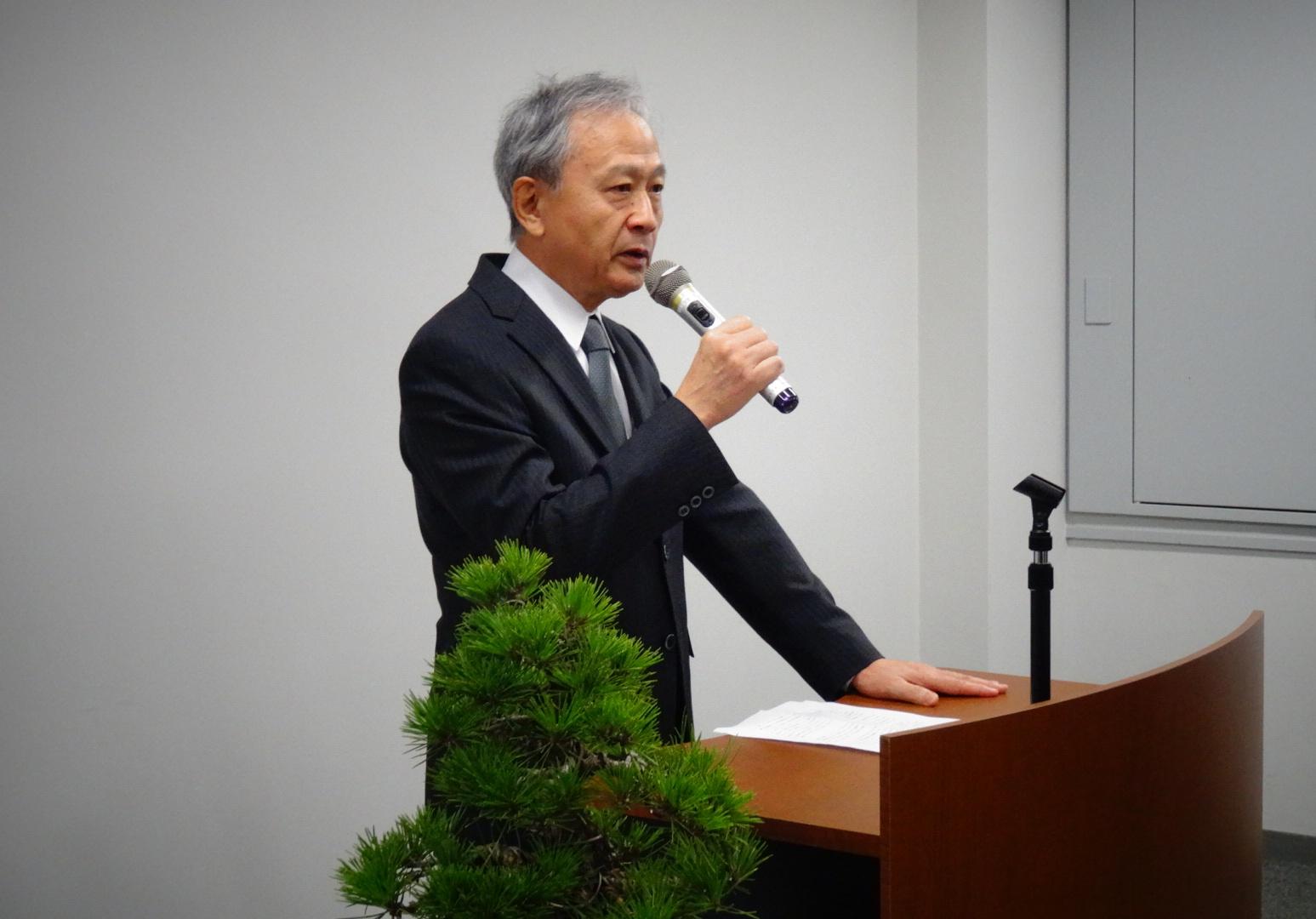