The Kurino Power Station is a run-of-river-type hydraulic power station that takes water from the Sendai River in Kagoshima Prefecture. Our Company has sequentially promoted large-scale renovation of existing power stations since the fiscal year 2013, among which the Kurino Power Station is the first to start business service. By replacing water wheels, power generators and so forth with new high-efficiency instruments, the maximum output was increased by 200 kW (approximately 9%) while keeping the approved water intake amount at the present level.

Hydraulic power generation is a precious, purely domestically produced energy having low carbon dioxide emission which is friendly to the environment. Our Company will take advantage of the power generation technologies cultivated so far to contribute to the society by supplying energy in future years through safe and stable operation with consideration for the surrounding environment. 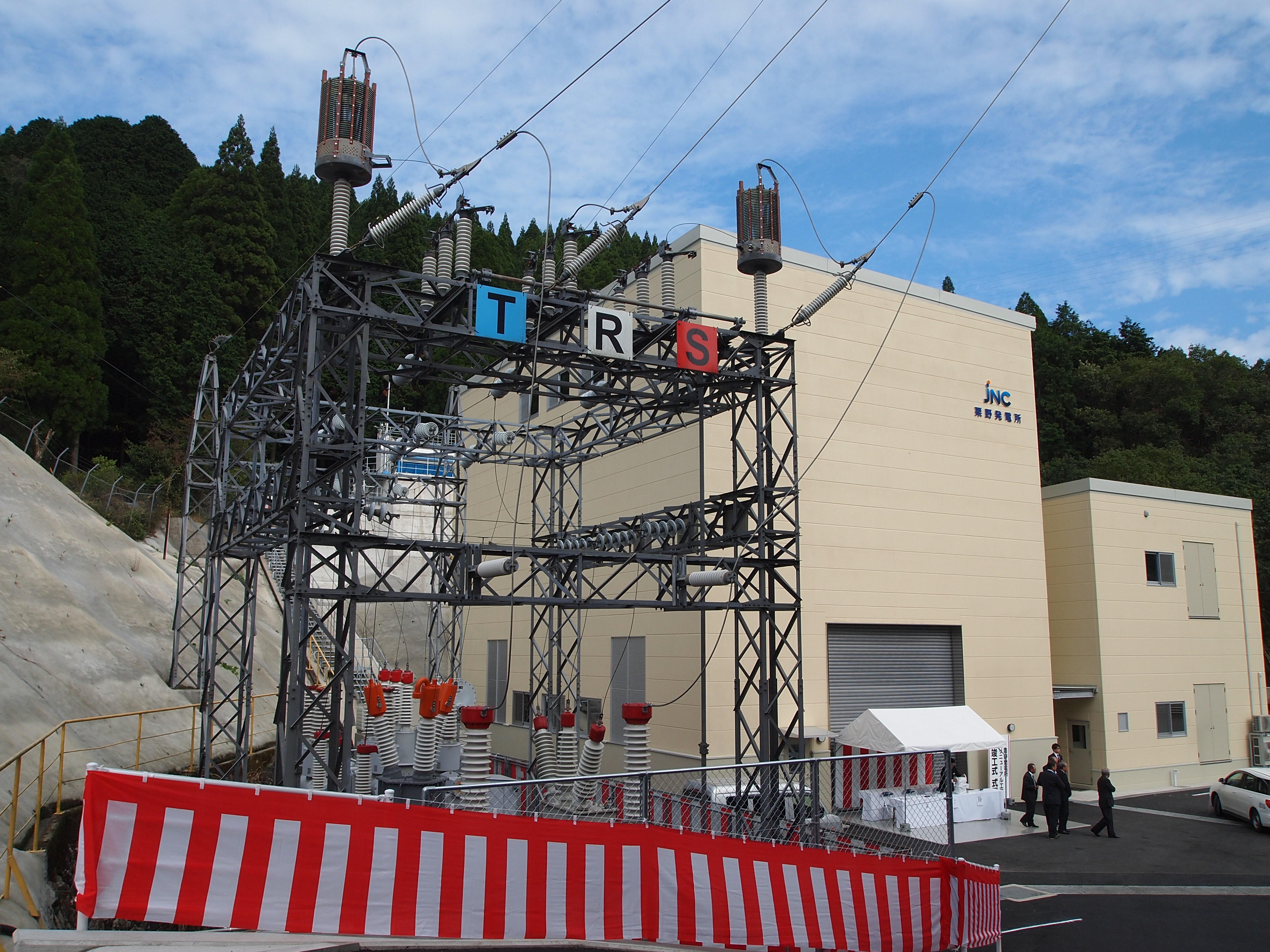 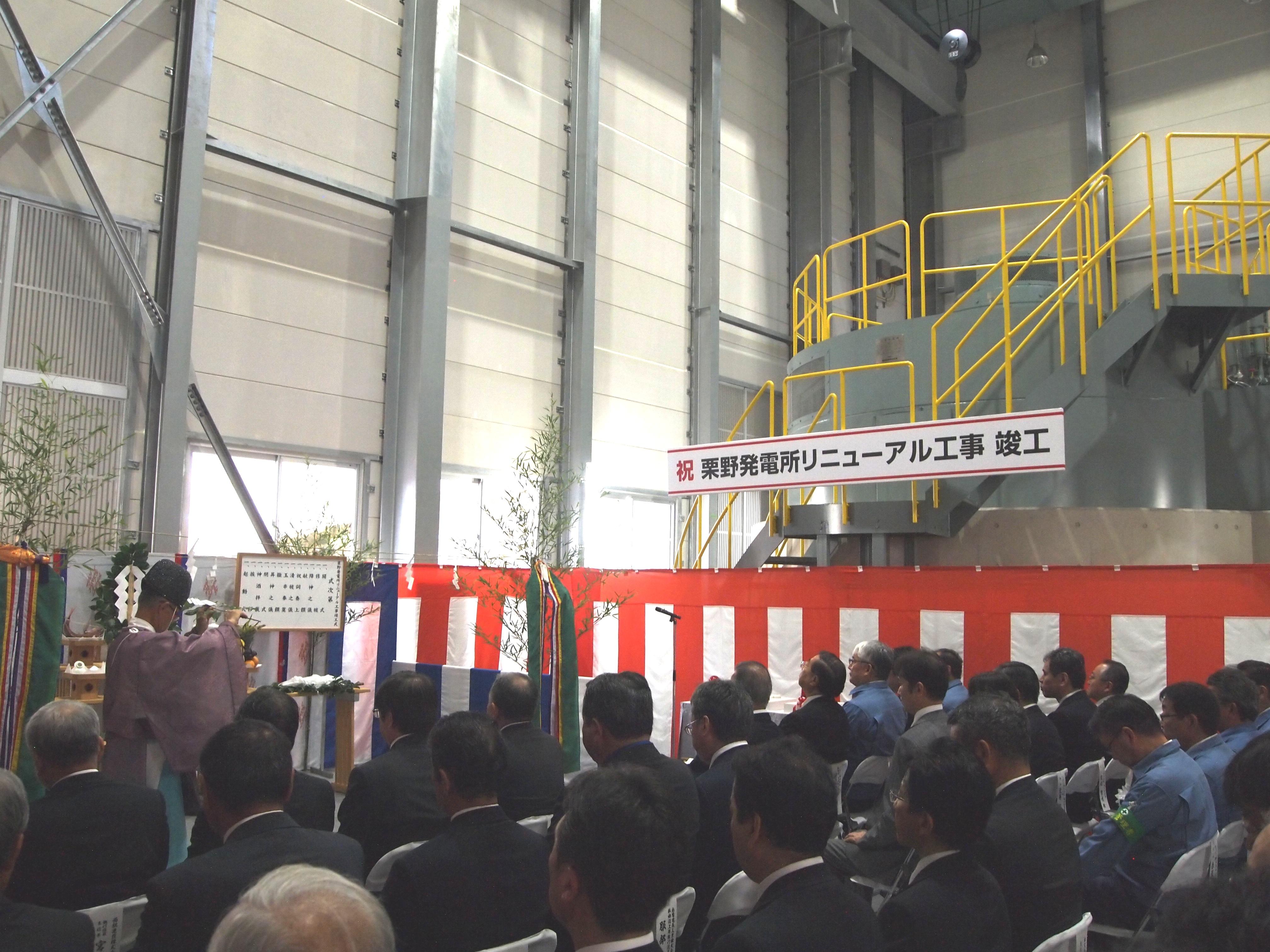 Photograph of Completion Ceremony on September 28