New Year's greetings! We look forward to your goodwill in 2015.

The following is a beginning-of-the-year speech for 2015 given by President Michio Morita at the New Year celebration held this morning.

Happy New Year to everyone!

Although we had a very cold New Year's Day this year, the holiday break was relatively long and I trust that you all had a good New Year with your family.

I spent the holidays lying around watching sports programs at home as usual, but I paid a visit to Hikawa Shrine near my house on New Year's Day. I pray for safety in our JNC plants, and for me not to strain my back, among other things. Many men and women of all ages make a new year's visit to Hikawa Shrine every year. I think that such a custom harbors grace of morality in the Japanese people and forms the foundation of our country.

Perusing the company history "Husetsu no Hyakunen (100 years in snow and storm)", I noted that the corporate name was changed from SHIN NIPPON CHISSO HYRYO K.K to CHISSO CORPORATION exactly 50 years ago in January, 1965. The fertilizer business which was near 50% of all business at the beginning of the company had decreased to below 20%, and the change in name matched the reality. Incidentally, the makeup of the company business at that time, in order of weight ratios, was 30% in polyvinyl chloride and plasticizers, 40% in acetate fibers, 15% in chemicals, and the rest in fertilizers. However, the acetate fibers business, which had a high ratio back then, was later discontinued in 1973.

The weight ratios have significantly changed in the present day. As indicated by this shift, I believe that the company can endure only by challenging in and innovating new business.

Furthermore, with the coming of the New Year, JNC ENGINEERING Co., Ltd. celebrates the 50th anniversary of its foundation. Subsequently, matters for congratulation will continue, such as the completion ceremonies of the Lixxon Second Plant and the Separator Plant.

2015 is the year of the Sheep. People born in the year of the Sheep have strength of core which cannot be imagined from their appearance, and spiritual strength capable of withstanding all kinds of difficulties. Fortune tells us that their earnestness will be significantly valued this year and so they should proactively pursue their own aptitude regardless of the circumstances. This advice seems to point the way for our Company this year.

I feel that JNC has finally started to get on track.

In the first half of this fiscal year, we achieved profit increase despite the counteraction caused by the increase in consumption taxes.

The moment of truth for JNC Group will continue into 2015, but let's do our best for the next 50 years to come for the new JNC, and for the middle-term management plan NC-SCRUM.

I wish everyone another prosperous year. 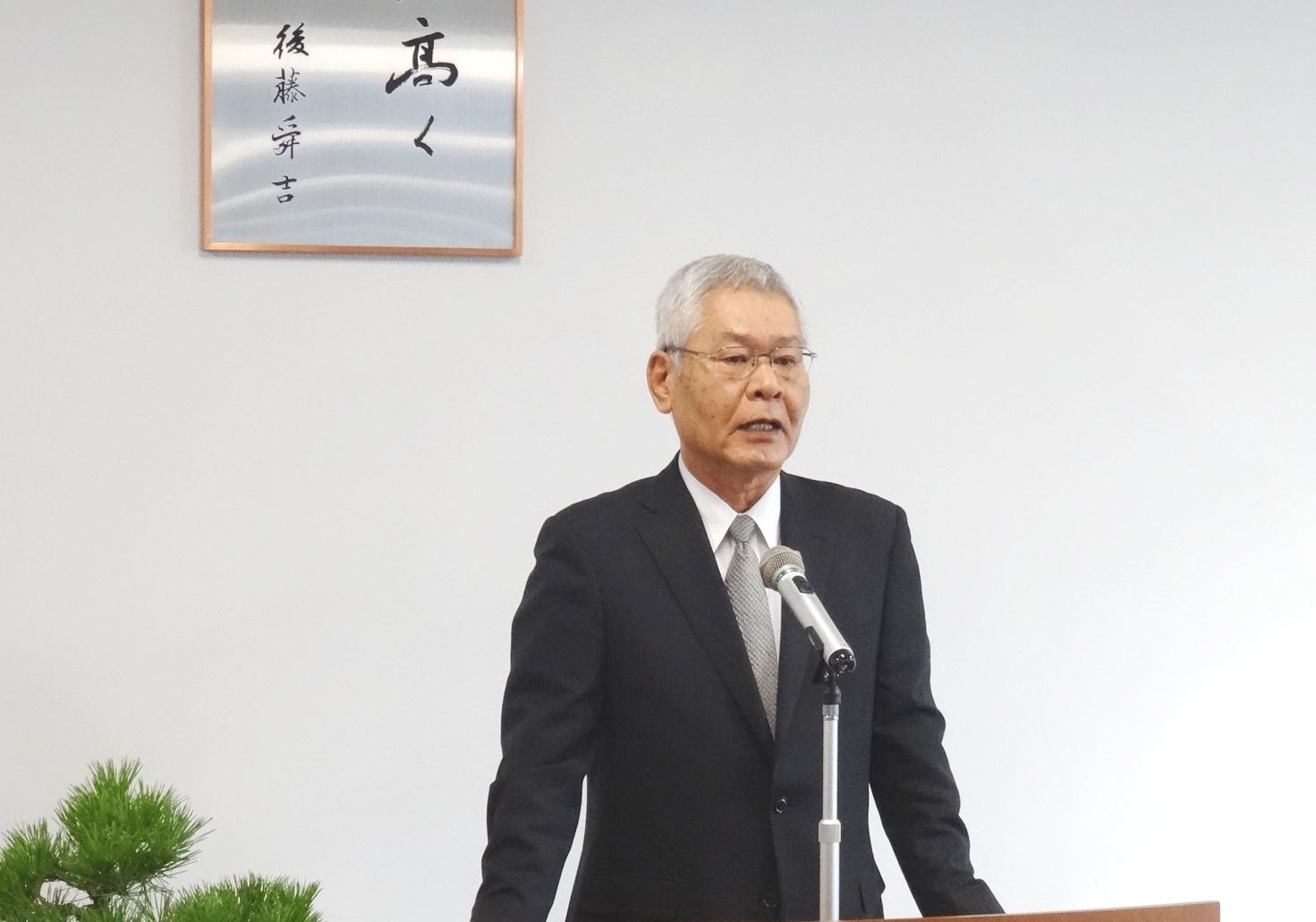